The History of the Rainbow Flag - Pride Month

The History of the Rainbow Flag – Pride Month

The original pride flag was designed by Gilbert Baker, who was an artist, activist, and openly gay military veteran. In the 70’s he was challenged by Harvey Milk, the first openly gay elected official in California, to create a symbol of hope for the community. The idea to use the rainbow stemmed from rainbows being both natural and beautiful and the different colours representing togetherness, since LGBT people are all races, ages and genders. The original rainbow flag included 8 stripes each with a meaning, however the the usual one we now see today only includes 6 stripes:

The 8 different colours stand for:

Before the flag became a popular symbol for fighting for gay rights, a pink triangle was used by the community, used during the war by the Nazi’s to identify homosexuals. Baker was against continuing to use this symbol when coming up with his design, wanting to steer away from something with such a painful and dark past. 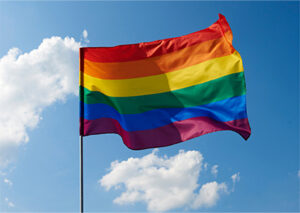 The flag was first seen by the world during San Francisco’s Gay Freedom Day Parade on June 25thin 1978 after 30 volunteers had helped Baker construct it in the attic of the Gay Community Centre in San Francisco.

The next evolution of the flag came the next year in 1978, after Harvey Milk’s assassination demand for the flag increased. Baker had the flag manufactured by a company called Paramount Flag company, however, due to the pink fabric being particularly hard to come by the pink was removed to allow for more to be made.

Similarly, the same happened the next year which led to the fate of the turquoise stripe being removed leaving us with the rainbow flag we see all over the world representing LGBTQ+ rights today. It was also argued that the removal of the stripe was due to having an uneven number of stripes and six would be better than seven. 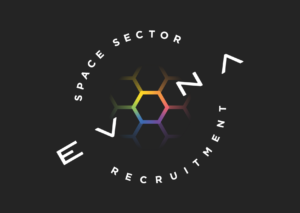 Seeing as June is Pride month you may have noticed we’ve changed our own logos to incorporate the colours of the rainbow to show solidarity and support for the LGBTQ+ community. Our logo is an important symbol for us, representing our own values and beliefs and the company as a whole and this includes inclusivity and the ability for people to thrive and succeed no matter who they are.