The unsolved mystery of space has captured our imaginations since childhood, with huge sci-fi franchises like Star Wars and Star Trek dominating the screens from 1966. Of course, space isn’t just about astronauts and aliens, but it’s nice to pretend for a while until we really do find life on Mars. 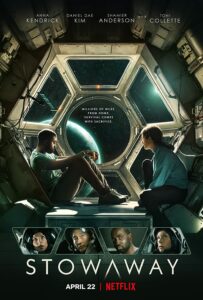 First up, Stowaway is a must-see thriller with a devastating dilemma. Set in the not-too-distant future, a three-person crew on a two-year scientific mission to Mars face an impossible choice when an unplanned passenger jeopardizes the lives of everyone on board. Having accidentally discovered a stowaway shortly after take-off, integral conflict between the astronauts ensues, and the trespasser induces a chain of cataclysmic events that put the entire crew in danger. Too far from Earth to turn back and with the fuel and oxygen resources quickly depleting, someone must make the ultimate sacrifice to save their crew. 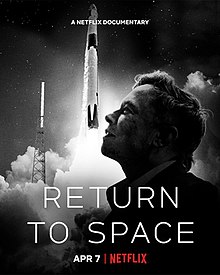 Next, this thrilling documentary film offers rare inside access into NASA and SpaceX for the first crewed mission launched from US soil since the retirement of the Space Shuttle in 2011. Bursting with hope, it follows Elon Musk and SpaceX engineers as they embark on a historic two-decade mission to return NASA astronauts to the International Space Station and revolutionise space travel. The 2020 launch of the Dragon capsule demonstrates the bravery and integrity of Bob Behnken and Doug Hurley, marking the first time a commercial spacecraft completed a mission to the ISS. While Musk talks about making mankind a multi-planetary civilisation, the film is intent on reigniting the audience’s excitement about space exploration with this truly historic moment. Soul-filling footage, dramatic accounts of blast offs, and awe-inspiring views of Earth from above, it is, quite literally, an uplifting watch! 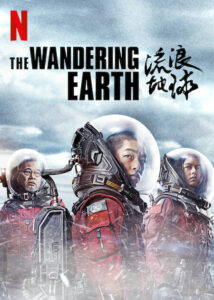 China’s hugely successful sci-fi thriller is set far in the future, where the Earth has become a freezing planet with a dying sun. The film follows a group of astronauts and rescue workers guiding the Earth away from an expanding sun, while attempting to prevent a collision with Jupiter. Embarking on a 2,500-year journey towards a new star system to save human civilisation, governments unite to build thousands of gigantic thrusters on the ground to move Earth out of the solar system. Filled with hope and despair, this suspenseful story is about uniting all humans to face enormous challenges. The planet’s fate now lies in the hands of a few unexpected heroes in this age of wandering Earth, attempting to pull of the biggest escape plan ever. 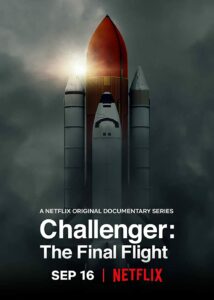 The gripping docuseries following the disaster of the Challenger flight. The spacecraft famously fell apart 73 seconds after launching, tragically killing five US astronauts onboard. The crew selected for the mission was one of the most diverse crews in NASA history, including high school teacher Christa McAuliffe, who was selected to go on-board as the first private citizen in space. Retelling the story of the tragedy in 1986, Challenger: The Final Flight, highlights the incredible lives of all who died through the heart-breaking family interviews and first-hand accounts from NASA decisionmakers. 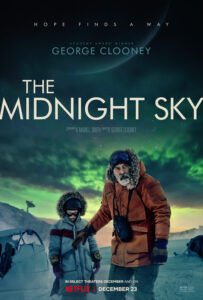 George Clooney directs and stars in this visually stunning, post-apocalyptic movie based on the 2016 novel by Lily Brooks-Dalton. In the year 2049, it follows Augustine, a terminally ill scientist working alone in a remote Arctic observatory after its evacuation, researching habitable planets for possible human colonisation. Having learned of a mysterious global catastrophe named ‘The Event’, he races to contact a crew of astronauts, warning them not to return to Earth. At the same time, he meets a strange girl, Iris, who helps him along his journey across the arctic circle to the weather station. Filled with ambition and emotion, this sci-fi drama offers a glimmer of hope in the midst of crisis. 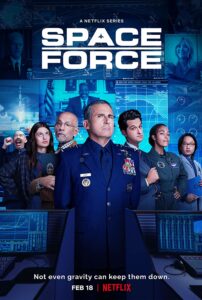 Following the recent release of its second season, Space Force stars legendary funny man Steve Carell. With nowhere to go but up, this workplace comedy sees a group of people tasked with creating the sixth branch of the United States Armed Forces, the United States Space Force. After uprooting his family to Colorado, General Mark R. Naird (Steve Carell) is put in charge of the mission and works to get the US Space Force back on the Moon as quickly as possible. 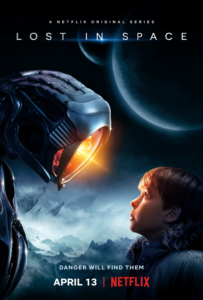 Next, we have the reimagination of the 1965 series ‘Lost in Space’, based on the classic novel The Swiss Family Robinson. Set in the future, the show sees colonists on Earth sent to the planet Alpha Prime to establish a new home for humanity. The Robinson family are selected for the 24th mission and the series follows the adventures the family undergo after their spaceship is veered off-course. Constantly surrounded by hidden dangers, the suspenseful three seasons show the family fighting against all odds to survive and escape. 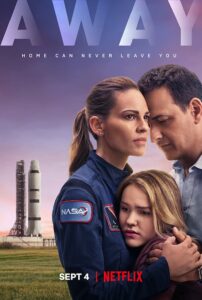 Leaving her husband and daughter behind, leading lady Emma Green embarks on a three-year mission to become the first humans to set foot on Mars. Previously a navy pilot, Emma has been chosen as the commander for the mission, but there are technical difficulties early in the mission. The series highlights the emotional turmoil of the crew due leaving their families behind and how they maintain their connection to life on Earth. This is everything Emma has been working for, but her mind is elsewhere. 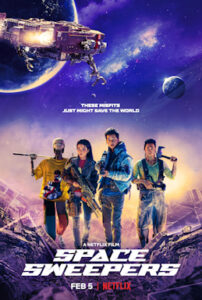 Space, family, friendships, and the environment – if you’re a Star Trek fan, then Netflix’s latest Korean sci-fi adventure won’t disappoint. The film is set in a future where humans have rendered Earth uninhabitable by pollution and climate change, and only the wealthiest can afford to flee to space. While the elite few are permitted to become citizens in the UTS Corporation’s human habitat on Mars, non-citizens must survive as junk collectors floating in Earth’s orbit. The film follows the crew of The Victory as they travel through space chasing after space debris to sell. The four misfits unearth explosive secrets when they find and try to trade a humanoid robot named Dorothy, rumored to have powers beyond their wildest dreams.

Although this is a fictional futuristic adventure, the problem of space junk is all too real. Check out our recent Sustainability and the Space Sector article to discover how experts are planning to clean up space.

Excited by the endless possibilities of space? Then why not find a job in the sector! Our crew of space staffing specialists are here to help you find your place in space. Check out our current job vacancies in the space sector.