Sustainability and the Space Sector

It’s World Space Week, and this year’s theme is sustainability.

This week, we’re celebrating space’s relationship with sustainability by exploring some key issues the sector is working to fix. 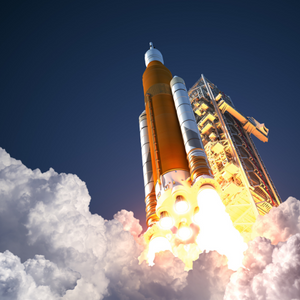 Imagine planes weren’t reusable – it just wouldn’t make sense. If we were to build a new aircraft for each flight, it would be an extremely unsustainable way to travel. Why should it be any different with rockets?

Reusability is vital in the space sector because rockets and fuel are expensive. As more organisations invest in multi-use rockets, it’s showing huge potential in driving down the capital cost of each rocket per launch. On top of this, this kind of technology and innovation is making space more accessible for everyone. NASA calculated that the cost of commercial launches to the International Space Station has reduced by four times over the last 20 years.

NASA paved the way for sustainable spacecraft with their Space Shuttle fleet – Columbia, Challenger, Discovery, Atlantis and Endeavour. Their main shuttles were completely reusable, along with their two solid rocket boosters. The crew only  needed to replace the external fuel tank for each new mission. These innovative spacecrafts carried 800 astronauts on a grand total of 135 missions between 1981 and 2011. They inspired a generation of space lovers while playing a key part in constructing the International Space Station.

In more recent news, SpaceX developed Falcon 9, a reusable two-stage rocket. With this rocket’s launch cost once standing at $62 million, reusability has driven this down over 40%. These reduced costs are opening the door to space for more companies, reducing waste and enabling innovation through space exploration. 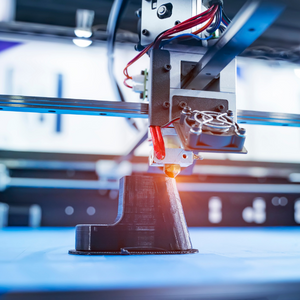 On the subject of reducing launch costs, another hot topic in the industry right now is 3D printed rockets. Construction through 3D printing massively reduces waste and CO2 emissions, enabling sustainable space exploration even further. While it once took thousands of engineers decades to get a rocket into space, 3D printers are now reducing turnaround time to as little as 60 days.

Founded in 2015, California-based startup Relativity Space are making huge waves in the industry with their 3D printed rockets. Terran 1 is a two-stage, 7.5 ft wide and 110ft tall rocket – it’s the largest 3D printed object in existence to attempt spaceflight. In addition to their sustainable manufacturing, all of Relativity Space’s rockets are fuelled by liquid oxygen and liquid natural gas. Aside from being extremely effective fuel sources, they can also be reused for future missions.

As the space sector continues to benefit humanity through threads of innovation, it’s exciting to see companies directing time and money towards more sustainable methods of exploration. With the topic of sustainability in the industry more relevant than ever, we can’t wait to see what the experts will come up with next. 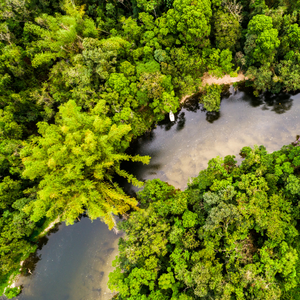 It’s estimated that 2,400 trees are cut down every minute, with a forest the size of a football field lost every second. Alongside this, 137 species of animals, birds and plants are lost globally each day.

Satellites play a crucial role in minoring deforestation. Technologies like Synthetic Aperture Radar (SAR) satellites allow us to detect and track deforestation, as well as analyse biomass and forest height. These satellites use radars to map and image the Earth’s surface with day, night and all-weather capabilities. They also allow us to “see” through things like clouds, smoke, vegetation, snow and sand. The ability to repeatedly scan the same area, regardless of atmospheric or weather conditions, makes SAR an incredibly effective tool in measuring changes in the Earth’s landscapes and environment.

Satellites like these enable us to monitor reforestation projects, ensuring transparency and progress in humanity’s fight to protect and rebuild these much-needed forests.

While reforestation starts here on Earth through choosing sustainable products and foods, recycling more and going paperless, space-based technologies are a key component in our shared mission to save planet Earth’s green spaces. 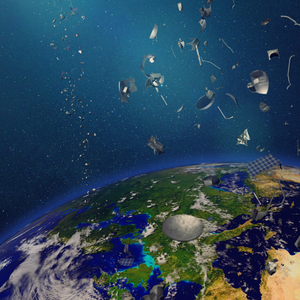 Also referred to as space junk, space debris is any man-made object in Earth’s orbit that no longer serves a purpose. It includes items like disused spacecraft, inactive satellites, fragments from explosions and collisions, launch canisters and mission-related objects.

As Earth’s orbit becomes more congested, this debris threatens human spaceflight and robotic missions. It also causes problems for our GPS, weather forecasting and telecommunications systems back on Earth. With an estimated 9,000 metric tons of debris currently in Earth’s orbit, the sector is investing in innovative ways to clean up space.

In March 2021, private orbital debris removal company Astroscale launched its End-of-Life Services by Astroscale-demonstration (ELSA-d) satellite. It consists of two spacecraft – a 175kg chaser and a 17kg target. Using magnets, ELSA-d will capture orbiting junk and pull it out of orbit to burn up in the atmosphere. This innovative craft was awarded the 2021 Satellite Technology of the Year Award.

Astroscale reported ELSA-d’s success in August 2021, giving new hope that the spacecraft will be able to complete this same process to capture pieces of debris.

Many other posed solutions are still in their research phases. The US Defence Advanced Research Project Agency has been investigating a ‘space garbage truck’ equipped with 200 giant nets to catch orbiting debris. The collected junk would either be dragged into lower orbit or brought back to land in the ocean.

Whichever innovative method c gets the go-ahead, one thing is clear – and it’s definitely not space. With the sheer mass of junk orbiting Earth, we need to come up with an effective solution, and fast.

The space sector has come a long way, but our venture beyond the stars has only just begun. The sector will transform our lives in ways we never thought possible, but for the industry to thrive, humanity needs to clean up its act. 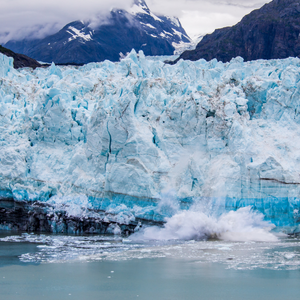 While many complex systems contribute to the Earth’s atmosphere, both natural and man-made, the key to fighting climate change is understanding and monitoring its causes. Through space exploration and technologies, we’re able to gain accurate information about changes in the Earth’s atmosphere.

NASA’s Nimbus-3 satellite, launched in 1969, was the first to offer an accurate measurement of Earth’s atmospheric temperatures. Today, the agency has multiple orbiting satellites in their Earth observation fleet that are producing evolving climate models to help us combat climate change.

Cube satellites (CubeSats) are also being used as remote sensing tools in the fight against climate change. These tiny nanosatellites carry scientific instruments that gather scientific data and conduct experiments from space. They’re widely utilised to track various measures of climate change and are vital in our plight to solve the crisis.

It seems that innovation in the space sector knows no bounds. It’s not just about exploration – the industry’s incredible capabilities can combat everyday issues like climate change that affect each and every one of us. As the climate crisis rages on, space technologies like these will be an integral element of our fight against it. 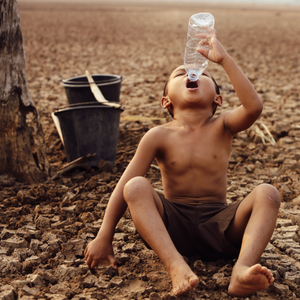 2.2 billion people are currently living with limited access to safe drinking water. By 2025, it’s estimated that half of the world’s population will be living in water-deprived areas.

One of the very first ground-based water systems was installed in northern Iraq in 2006, backed by NASA technology. When a non-profit organisation called Concern for Kids heard about a well failure in the area that left the residents of Kendala, an Iraqi village, without access to drinking water. Tragically, this caused the village’s population to drop from 1,000 to only 150 people. The survivors were forced to live off water from a local creek that was contaminated by livestock.

These threads of innovation from the space sector are quite literally saving and sustaining lives worldwide. They’re a prime example of ways the industry supports both life in space as well as back on Earth. 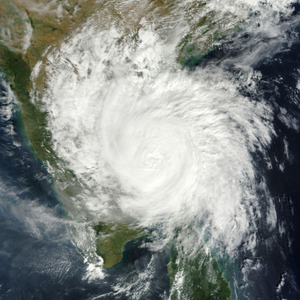 The space sector plays a vital role in crisis management and disaster response. Space-based technologies enable us to stay ahead of the curve when disaster strikes, facilitating early warning, prevention and faster response time.

With the frequency and severity of natural disasters rising, the space sector’s capabilities will be critical for disaster response and reconstruction. They will help us to save lives, minimise damage to impacted areas and rebuild communities.

When Hurricane Ian tragically struck parts of the US, devastating homes, businesses and entire communities, the space sector sprung into action. Various satellite constellations provided critical data about the storm’s severity and path of destruction, allowing experts to create disaster response plans. The National Oceanic and Atmospheric Administration (NOAA) even produced publicly available street-by-street satellite maps of affected areas, enabling residents to assess the damage to their homes even if they were unable access them.

The space sector saves lives in the face of disaster. Innovative technologies and systems like these give us a vital advantage against damage and devastation, allowing experts to quickly assess and respond to these life-threatening situations.