EVONA has today announced that it is adding to its leadership with the appointment of Ben Carrigan as their new Director of Contract.

Solidifying their position as the #1 Space Recruitment Specialist, EVONA has made a significant move to expand their services with a Contract function. With the aim to offer the space sector greater options of high quality temporary or flexible members of staff, EVONA have turned to Ben Carrigan to head up the new exciting division. 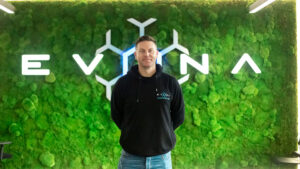 Ben comes to EVONA as a highly respected industry veteran who bring with him the unique blend of entrepreneurial spirit and industry experience. With an impressive track record of strategic leadership and management, Ben is now in charge of a contract team of space industry experts who are on a mission to change the world for future generations.

Having established a very successful Permanent Division under the direction of the four Co-Founders; Ryan Hill, Richard Joyce, Tom Kelly and Jack Madley as well as Director of Permanent, Tom Rees, the next logical step for the company was to invest into Contract to offer a complete solution to their growing client base.

Tom Kelly, Co- Founder of EVONA is delighted by the latest addition to the team and the expansion of EVONA.

“Ben has been headhunted in to develop our international contract offering and  brings with him a wealth of experience at both start up and corporate level. He is a calm and focused professional with knowledge in every corner of contract recruitment.”

Ben Carrigan, New Director of Contract for EVONA explains why EVONA was an obvious step forward in his career:

“After meeting the Co-Founders, the opportunity to be part of an innovative, exciting and forward thinking recruitment business within the space sector was too good to say no to. Having a career with purpose, being in an environment where I have the freedom to apply what I have learned throughout my career and build something of real value were all things that EVONA offered – I am looking forward to playing my part in the continued growth and success of the business.”

Tom Kelly continues, “This marks a significant hire for EVONA and the future trajectory of our company. We’re delighted that Ben has chosen to join us at such an exciting time in our company history and can’t wait to get started!”

Ben joins EVONA this month and will be working remotely in Chester and on site in the Bristol HQ. Creating and implementing the contract function for EVONA initially across Europe and US before continuing globally, the addition to the team will further help EVONA serve their expanding client base as they move into their fourth year of operation and prepare to expand to offices in both the UK and United States.